Our 2019 Court Theatre Ambassadors had their first group trip to see a show and what a show to start the year with! Together we went to see Hedwig and the Angry Inch which closes tomorrow, below are some of their reviews. 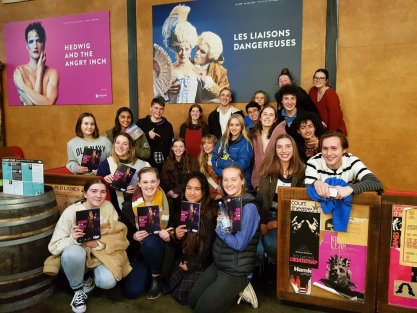 "Hedwig and the Angry Inch is a genderqueer rock musically about the life story of titular character Hansel “Hedwig” Schmidt, The story starts in East Germany but ultimately follows Hedwig’s life and move to USA. The musical is a very technical and well executed performance featuring over 400 lighting cues which are all executed to near perfection providing the audience with a performance that is spectacular to watch and listen to regardless of if they like rock music and the ideas of the performance of not. However the real stars of the show are the actors performances with Hedwig (Adam Rennie) and Yitzhak (Phoebe Hurst) leading the show with fantastic performances on both parts.

The show has an incredible amount of audience interaction and 4th wall breaks which really helps show the idea that the performance is Hedwig telling the audience their life story rather than it being a dramatic reconstruction of it. The music in the performance is fantastic with a wide variety of songs from happier upbeat ones like “Sugar Daddy” and “The Angry Inch” to more emotional songs such as “The Origin of Love”. Another thing the sow does well is really nail the humorous aspect of the performance with every joke, including those done in improv, landing to give the show a happy and fun tone.

Overall the show keeps it ideas and morales at the front of the performance the entire time and isn’t afraid to reel in thee humor for a more slow and sombre moment, it’s an incredible show that I’d rate 5/5 stars, a must watch for fans of musicals and theatre alike.” 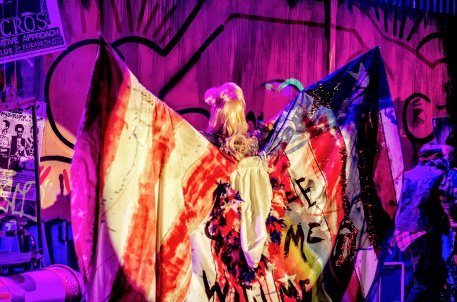 “Hedwig and the Angry Inch was an incredible story that took us through a wild amount of twists and turns while telling us the incredible story of Hedwig’s life, all the while the band ‘the angry inch’ played backing music, giving us plenty of songs to jam out to along the way (I know that I immediately went home after the show and played the soundtrack on repeat.) While watching her story play out it is easy to get emotionally involved and feel all sorts of emotions throughout the musical. This is a very easy show to watch and I would gladly do so again, although you won’t be able to take your eyes off of the stage for more than a few seconds in case you miss a wild entrance or a killer line in a song. Once you step back and look at the show as a whole with the staging, the outfits, the incredible band, the amazing songs, and the skill each actor held with portraying their characters you realise the intense amount of effort that went into this show to make it incredible for performers and audience alike. There were so many parts of the show that were astounding, but to name one of them would be Hedwig’s entrance at the beginning of the show on a flying rocket wearing huge bedazzled American flag wings and a sequined jacket to match. There is no way a simple paragraph review on this show could do it justice, so I hope that everyone has the opportunity to see this show at least once for themselves.” 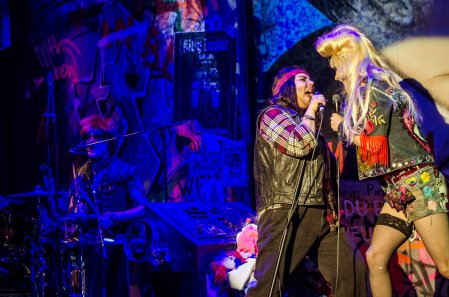 “Hedwig and the Angry Inch is both a daring and real illustration of a journey of struggle with sexuality and love. It acknowledges and sometimes criticizes politics while exhibiting humour and tear jerks simultaneously. Watching Hedwig is a whirlwind of flamboyant costuming, music and lights into Hedwig's seemingly unreal story.”
-Gilly Penwell and Emily Holden